The History of Presque Isle Lighthouse

The construction of the Presque Isle Lighthouse began in September of 1872 and was completed in July of 1873 at the cost of $15,000. Originally designed to be built entirely of cut stone blocks, this proved too costly and so, from the ground up, the lighthouse was built five bricks thick.

A scow carrying 6,000 bricks was anchored off the shore below the lighthouse. During a storm, it broke free, and all 6,000 bricks were dumped into Lake Erie near the point of the peninsula. People have been finding bricks and pieces of bricks east of Presque Isle, at least as far as the beaches at North East, PA, for many years. It is thought that some of these were originally intended for the lighthouse.

Tragedy also struck as a boat full of workers was crossing Misery Bay one morning, when they were caught in a violent storm. All hands were rescued, except for one unfortunate soul, who lost his life for the sake of the lighthouse. His is the only recorded life lost during the entire project.

Initially, the square brick tower was only 40 feet high, but an additional 17 feet-4 inches were added to the tower in 1896, to direct the projection of the light from the Fresnel Lens out further over the lake. Over the next few years, the bricks of the tower were painted white, so that the tower would serve as a day mark for travelers. The 78 steps with 6 landings form an enticing, circular path to the top of the lighthouse tower. Though the outside of the tower is square, the inside is actually circular. The lighthouse is said to be five bricks thick in most places and is perhaps even thicker in the very corners of the tower.

For much of its early history the lighthouse, known commonly as the Flash Light, was lit by an oil lamp burning inside a Fresnel Lens, which then expanded the light source into a stronger beam. There has been much discussion about the type of fuel (oil) used. Many lighthouses of the time used whale oil, but it is nearly certain this was never used at the Presque Isle Lighthouse. Being so close to the oil country of Venango County, PA, it would seem logical that some type of kerosene was used. However, there is additional support for the theory that it could even have been a vegetable-based oil that was kept burning for years at the lighthouse. It was referred to, at times, as “mineral oil,” though its exact composition is still being studied.

The attached dwelling had nine rooms and was home to the U.S. Lighthouse Service keepers and their families until 1944. The interior of the residence still reflects a 19th-century French architectural design, with rounded corners and handcrafted woodwork. The washhouse with the privy was located outside on the west end of the lighthouse. Conveniences like running water, electricity and indoor plumbing were gradually added.

The Oil Room located at the base of the tower is where the keeper prepared the oil lamps each night during the shipping season. The oil was stored in the Oil Shed, located on the northeast corner near the lighthouse. The keeper was responsible for keeping the light shining all night long to alert all of the travelers on Lake Erie. 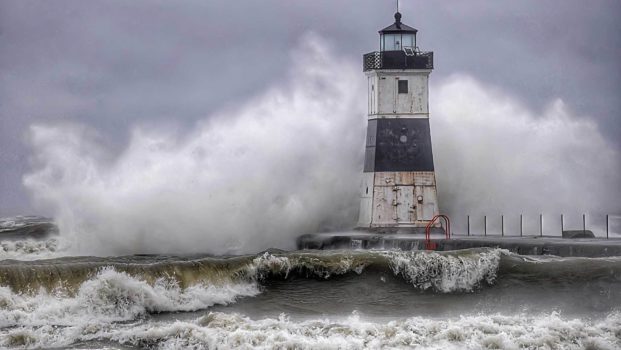 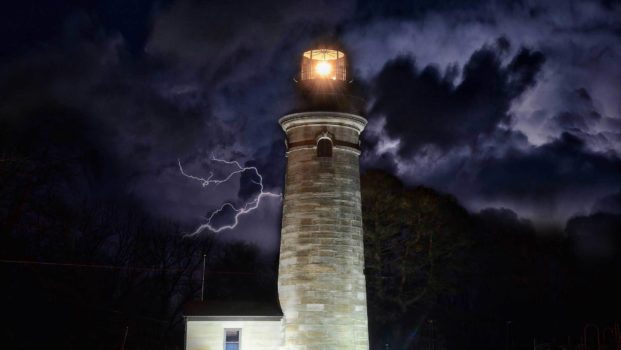